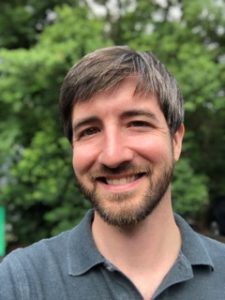 Drew Register is the CEO of FloridaPro Computing, Tallahassee’s only Apple Premium Service Provider. Drew is from Athens, Georgia and has both an undergraduate degree and a law degree from the University of Georgia. In law school and then as an attorney, Drew’s main interest was always technology. He spent a great deal of time managing the IT and web presence of the law firms at which he was employed. Drew came to realize that working as a lawyer was not allowing the kind of family life that he desired. So, he left his legal practice in 2012 and moved to Tallahassee to partner with his father-in-law, Ed Hague, to run Ed’s business, FloridaMac.

This partnership came at a good time for Tallahassee, which is two hours away from the nearest Apple store. The domination of Apple’s presence in the tech market necessitated an expanded support network to keep up with the demand for repairs and service. Together, Drew and Ed grew the business until Drew took charge of the company in 2013 when Ed retired. Drew transformed the business into the brick-and-mortar store it is today on 6th Avenue in the heart of Midtown.

Through the years, FloridaPro’s goal remained the same: to provide superior, personal service to Mac users in the Big Bend region. To do this, Drew knew that that he needed FloridaMac to become Apple Authorized. That designation is required to have access to Apple Genuine parts and certifications, which are necessary to maintain the high quality of Apple devices. Apple saw Drew’s dedication and superior service and offered FloridaMac the much-coveted title of “Apple Authorized Service Provider.” The one requirement was that there be no “Mac” in the name of the business. Therefore, FloridaMac became FloridaPro Computing. Soon FloridaPro was distinguished among Apple Service Providers as an “Apple Premium Service Provider,” one of only eight in the Southeast. Drew has worked tirelessly with his team to maintain that title, as it represents the highest caliber of customer service and support from which Apple customers can benefit.

Drew and his team of expert technicians have expanded the services of FloridaPro to include business solutions for commercial enterprises utilizing Mac technology. They particularly excel in supporting the intermingling of Mac & PC devices in offices that require support for both types of machines. Drew also specializes in website design and marketing through Search Engine Optimization (SEO).

As FloridaPro Computing celebrates its fourth anniversary this month, Drew is looking forward to continuing to support the Apple users of Tallahassee with prompt and professional service. His goal is to not only provide the highest quality support for individuals, but also continue expanding FloridaPro’s services to other local businesses who rely on Apple technology in their offices.